Since i was a little girl, I’ve always been fascinated with space and space travel. I remember my dad had a book about the Apollo 11 mission and I would try to read it on my own, several times, without really grasping much. But I mesmerized with the rocket’s illustrations and photos of the moon. This memory is probably from when I was 10 years old, or maybe younger, but now 30 years later, I am the mom of an 8 year old boy space buff. Once when my son was only 2, we were about to get back in the car after a grocery trip, when he decided to jump up and down in the middle of the parking lot. He wouldn’t get in the car and I asked him: ” Why are you jumping just right now? We have to get home is late.” My son answered: “Mommy, the moon! Jump to the moon!” I remember the exact spot where he did this and the huge smile on his face. Three years later we took my son and his 2 siblings to Cape Canaveral to watch one the last space shuttle launches’ mission. The mission was scrubbed the evening of the launch but we persevered and came back the next evening. When the space shuttle launched, my son was screaming, “Mommy it launched! It launched!” I’d like to think he will go the moon one day and make his dream come true! In the mean time, I get to watch him grow and continue his fascination with space travel. I think yummy cupcakes is one sweet way to foster his love for space! Than you for reading!

This is how I made the toppers:

I used a pencil (eraser part) to recreate a moon like texture.

Once I have all the parts cut, I ran them through my Xyron sticker maker and voila, cupcake topper was done ;) The astronaut figurine is one of the several space themed toys in our house. 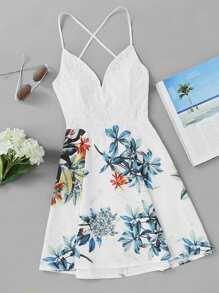